JUDY VERAMENDI, PLAYWRIGHT and Fulbright specialist in the Arts, first became interested in developing a play based on Pakistani culture about three years ago.

After some research she had discovered that the Pakistani culture possessed great richness and beauty, unknown to most of the world.

Most Americans’ knowledge had been about terrorism and violence there. She believed, as she had in her first six theater plays and productions, that knowledge and empathy of another’s culture goes far to create international trust and appreciation.

Another Fulbright specialist, Frances Anderson, who had been to Pakistan twice on grants, shared with Judy a lovely book of Punjabi folk songs entitled, “Voiceless Melodies.” The folk songs have been passed down from generation to generation by Punjabi women; this is the first time they have been published, and in a bilingual Punjabi/English version.

Judy was drawn to the beauty of the folk songs and began to visualize a play with Punjabi music and dance, with a storyline featuring the folk songs.

Through Chicago Fulbrighter Frances Anderson, Judy got to know the author of ‘Voiceless Melodies’, Dr. Iftikhar N. Hassan, an eminent Fulbrighter and writer who teaches at Karakoram International University, Gilgit-Baltistan in Islamabad. Judy proposed the play to the International Voices Project Festival of Victory Gardens Theater, and it was accepted for inclusion on April 24, 2016.

Judy was set to travel to Pakistan to work on developing the script, but due to the insecurity of the situation there, Dr. Hassan traveled to Evanston instead.

Thanks to their many discussions about the play over Skype and e-mail, they were able to finish a lovely script. Now Patrizia Acerra, Executive Director of the International Voices Project, is working with Rasaka Theater on developing the staged reading set for April 24, 2016. This free-of-charge event is directed by Kamal Hans. Judy and Dr. Hassan are working on bringing the latter here for the performance and talkback, and have hopes of finding a theater home for “Voiceless Melodies.”

Christened “Playwright of the Third World” by a local Pakistani artist, Judy Veramendi feels very grateful that she has been able to foster international cultural and artistic exchanges, thanks to the Fulbright Commission, the International Artists’ Exchange program of the State of Illinois, the Evanston Cultural Fund, and the Puffin Foundation.

2014  Endorsed as a Fulbright Specialist in U.S. Studies for a period of five years 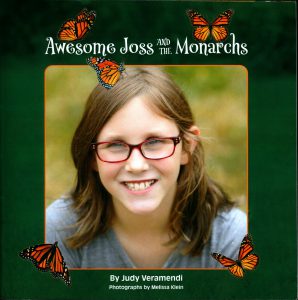